★ Agility sessions by Battersea Dogs & Cats Home ★
★ Bring your dog along and give them a workout ★
★ Robert Alleyne, star of TV’s Dog Borstal, will be giving out competition prizes ★
★ Free microchipping and tag engraving ★
Under 14s must be accompanied by an adult.
Dogs must be kept on a lead at all times
For more information call 020 8314 2098 or visit www.lewisham.gov.uk
In association with Battersea Dogs & Cats Home and the RSPCA
Posted by FOMP at 20:49 No comments:

Anyone wishing to find out more about cricket in Mayow Park and how to make pitch bookings should contact the Glendale office on 020 8318 3968
Posted by FOMP at 20:38 No comments:

The FOMP  Meeting which was due to take place on 19th January 2013 was postponed on the day because cold weather and icy pavements do not attract people to meetings.
The rescheduled FOMP Annual General Meeting  will be followed by a General Meeting and will  take place on Tuesday 19th February, staring at 7pm for a prompt finish at 8.30pm.
The AGM will be kept short.
The General Meeting will include discussions on the proposed Pavilion renovation, sports activities, the bowls club, the orchard and the Pavilion Triangle garden and thoughts for future activities. 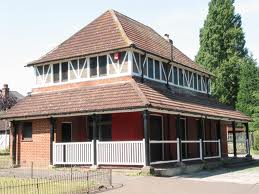 Are there events you would like to see in the park?
Would you be interested in organising a community event?
This year also sees the 20th anniversary of the Friends group, which began life in 1993 as Mayow Park Users Group.