Not many people are aware of the small fruit bed which is tended by volunteers from Friends of Mayow Park not far from the cafe and near the water fountain. Look and you will find a Victoria Plum tree and a Jonagold apple.
Last year some of the fruits on the plum showed signs of Pocket Plum.  This year it suffered more.
According to the RHS:
Pocket plum is a fungal infection of the young fruits of plums, damsons and some ornamental species, causing them to develop abnormally, without stones.
This is caused by a fungus Taphrina pruni The fruits often develop a bent banana shape. There is no current chemical-free treatment. To control the disease all fruits and infected branches need to be removed before spored develop.
Unfortunately, though some fruits were removed early in the season, we did not pay enough attention to this tree.

Two volunteers arrived at 9am this morning 6th August, to give some positive attention to the plum tree. The sun was already blazing down and we wanted to finish before the day became too hot.
We pruned branches which had diseased fruit, removing all prunings from the site. We also removed a branch growing at ground level below the graft union, which was clearly not the same tree variety.
All tools were disinfected.
Next year we need to be very vigilant early in the season. 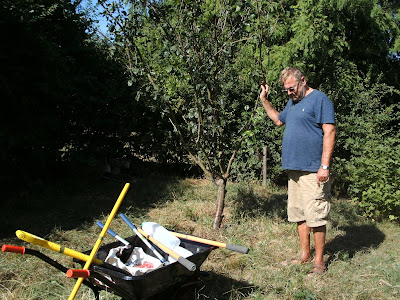 The annual hay-making meadow-cutting in Mayow Park took place this morning 6th August 2018, discreetly and without fanfare around 9.30am. A lovely sight on a hot morning. You could imagine you are out of town in a rural setting.
How many people noticed? 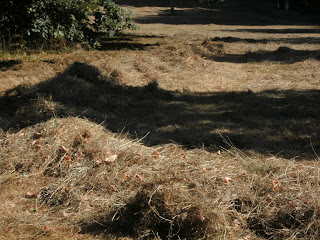 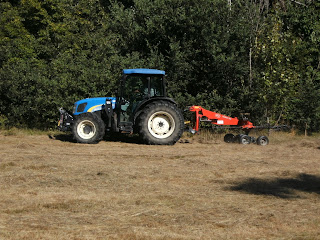 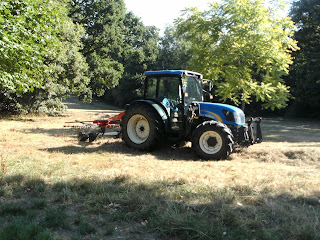